Part of having a "Books TV & Movies" site is putting together a list of my favorites.   I'm sure that it is a work-in-progress.  That is-- I'm almost 100% certain that at some point, I'll remember another book, show, or flick that I like better than one that I've listed.  So with THAT in mind, here's my introductory TOP 10 LIST.

I know. I know.  I'm somehow Time-Locked in the past.  But it's not a terminal condition.  You can help...

Here's My Invite :  Please SHARE your LIST with us.  I will be glad to post your favorites too.  And in the process, maybe we will ALL find some NEW favorites. I invite you to go read my latest blog here on my Books-TV-Movies site, called "My Leading Ladies".  Here is my list of my Top Female Actresses [in my opinion].   Your ideas may be different.  Therefore, you are invited to share your thoughts about your own favorite actors and actresses.  Please click on "Comments" at the bottom of the page and let us know : Who are your "Leading Ladies" ?
Posted by GuiTarHeel at 1:35 PM No comments:

Almost everyone loves a good movie.  An entertaining TV show.   A great book.  But I'm sorta hooked on them.   Most people consider a movie, or TV show, or even a book, a distraction from normal, daily life.   I'm distracted if I'm not watching a movie, or TV show, or reading a book.   I guess you could say that I consider it more "learning" than mere entertainment.  I'm always looking to learn something new, or find something inspiring or motivating.

Don't get me wrong.  I can enjoy a movie or TV show or book just for the sheer enjoyment of it.  And I do.  But wrapped into each story, whether it be fiction or non-fiction, is a life lesson to be learned.  And I try to look for them, and not miss any of them.  I always love to have someone recommend a good movie, or TV show, or book. 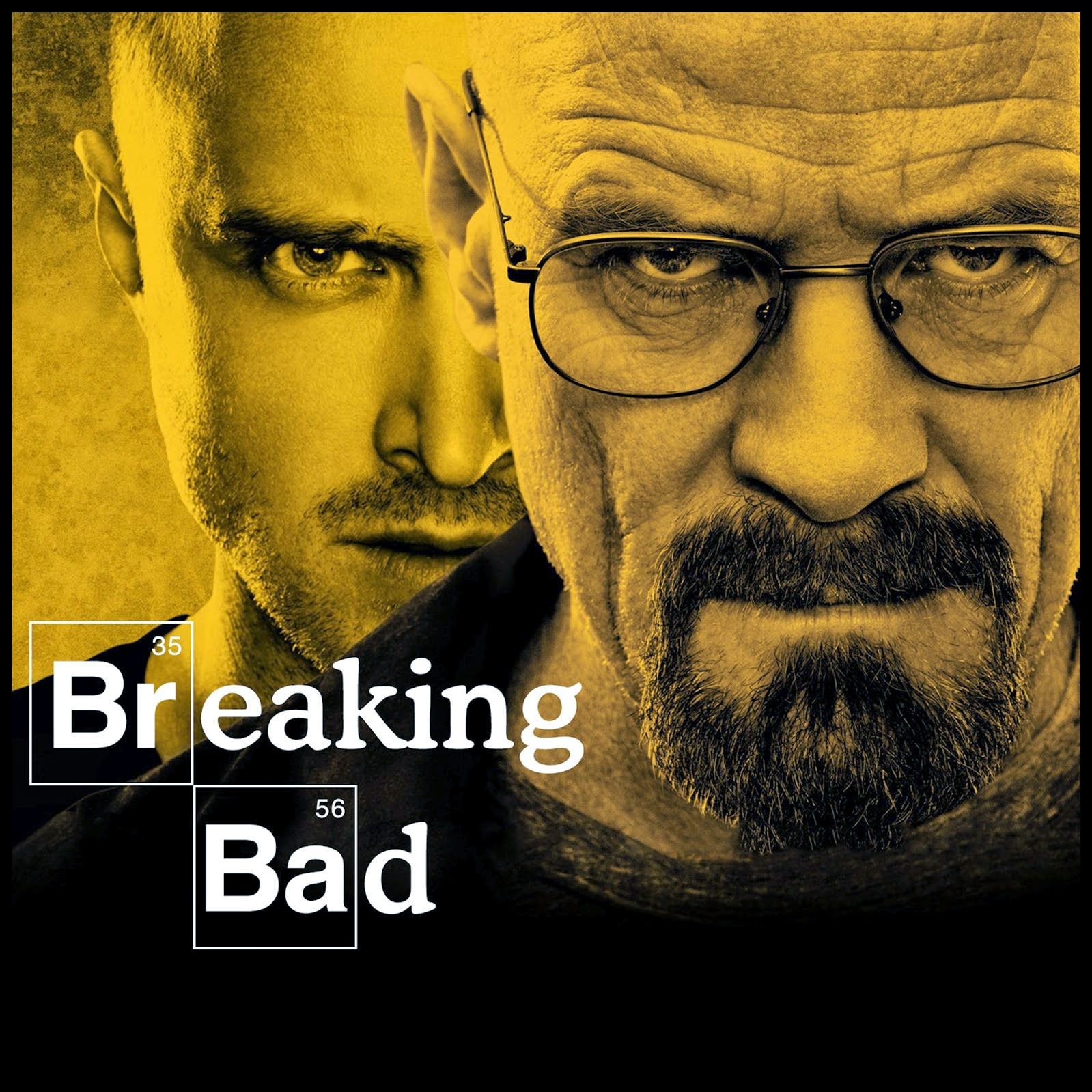 One of my friends was really into "Breaking Bad".  One weekend he suggested that I check it out.  I did.  I did not watch every episode as he has multiple times.  But I did watch enough of them to find out that I enjoyed the show.  Some may not like it.  Some have told me that it somehow would lead someone into trying drugs.  But, if you really watched the series, it was showing that drugs can lead into a world of insecurity and trouble. 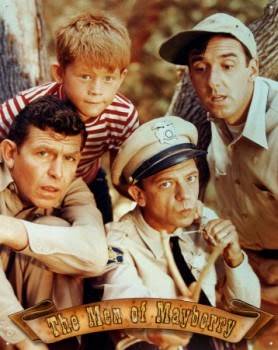 Then there's the old TV shows : one of my favorites is the "Andy Griffith Show".   A Christian author found so many lessons to be learned in this show that he developed a Sunday School or church teaching program from this TV show.  From the themes of "Sheriff-without-a-Gun", to Opie and the Birds, to Aunt Bee and her blonde wig, it teaches us lessons of courage, and trust, and honesty, sometimes through the show character's mistakes and troubles.


I've enjoyed my share of movies.  I often go to the movies with a buddy of mine.  But he and I sometimes diverge when it comes to movies.  He likes the action-packed type of movie, with a thrill-a-minute and a hero or villain as the lead role.   I tend to go for a more inspiring or amusing movie, with a story plot with lots of twists and turns and character development.  I love a good comedy, but I'm also into suspense and drama also.

I also enjoy a good book now and then.  I'm trying to read more.  I'd like to invest my time into learning by reading.  Sometimes a good book that takes all afternoon (or longer) to read is better than a two-hour movie.   Someone once said that a man can take an entire lifetime to learn from his mistakes, but a wise man can learn from someone's mistakes by reading a book.  (SOMETHING LIKE THAT!)

I'll be sharing more personal thoughts about entertainment and especially in these three forms or types of it.  If you ever have anything personal you'd like to share, including a recommendation of a good book, TV show, or movie, please do not hesitate to do so.

Posted by GuiTarHeel at 1:22 PM No comments: 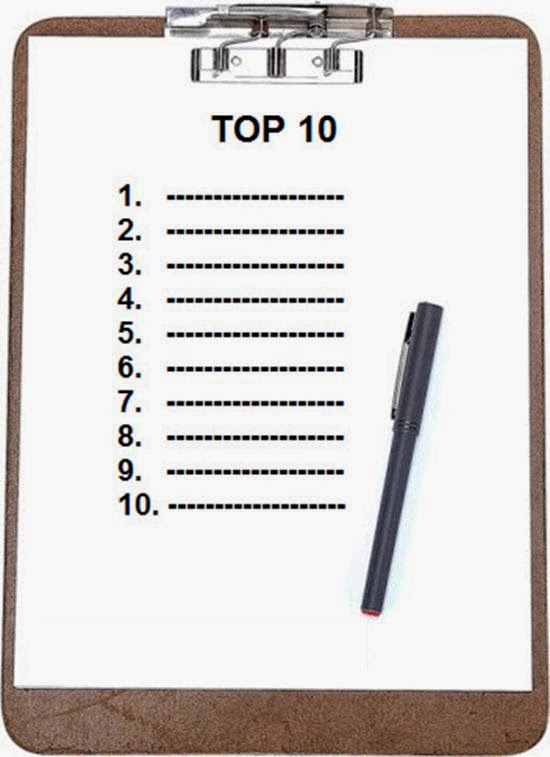 I'd like your help, support, and participation.  Please leave a comment below with your favorite books, TV shows, or movies.  Or if you'd like, post them via comments on the individual pages by clicking on the above links.

Eventually, we will have a complete list.. but then.. we will not hesitate to periodically update or change up the list.. based on my or your preferences.


Posted by GuiTarHeel at 1:34 PM No comments:

TV PREVIEW
This TV show summary caught my attention and made me laugh.  Sad but funny.

"Ralph... had turned his life around and then died of an accidental drug overdose."

Posted by GuiTarHeel at 12:17 PM No comments:

One of my guitar students was so incredibly nice to share this book with me that he found while working at a local book sale.  This is Incredible !

It is actually a very off-the-wall humorous book, which is fine with me.

I enjoy that sort of stuff.  But I just find it so marvelous because of all of the information that has been so thoughtfully and meticulously compiled.  Trivia and facts, stories, and quotes from all sorts of people who just happen to have been gifted and blessed enough to share my name.

Example of the sort of info in this book- there is actually a place called No Bob, Kentucky.  Population of only 50.  I figured because of the name that there were actually no residents of this town named Bob.  I was thinking of moving there to even things out.  Every town or city needs at least one Bob to make up for all of the non-Bobs that are polluting the atmosphere.  But I find out that the name actually comes from a time in the 19th century when a resident named Bob became lost and a search party would return each day and be asked, "No Bob?"  Strange but true!
Posted by GuiTarHeel at 1:40 PM No comments:

Save Me From Myself / Brian Welch 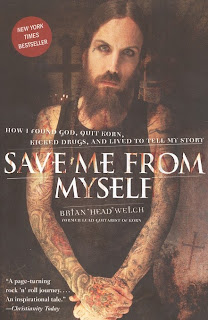 SAVE ME FROM MYSELF -- Brian Welch


I just finished reading this 225-page bio of former Rock Star --electric lead guitarist of Korn-- Brian Welch.  He tells his story of rock stardom and drug addiction, and relates how he found freedom and victory over his own self through a relationship with Jesus Christ.  Amazing true story account !
I highly recommend this book.  Prior to reading his story, I'd never heard of Brian Welch or listened to Korn's music.  But this story grabbed my attention.  This book was hard to put down.  I finished it in only 2-3 days.

"Here I was, the guitarist for one of the biggest rock bands in the world ... I was able to do what I wanted to do, go where I wanted to go, and buy what I wanted to buy... but I was completely miserable.. some nights I would go to sleep hoping I wouldn't wake up-- other nights I would go to sleep scared, hoping that I wouldn't die... I didn't understand how a person who had everything that he wanted, with millions of dollars in the bank, could be unhappy... Take it from me: nothing you chase after on this earth will satisfy you like a real, everyday, intimate relationship with Christ."  --Brian Welch

Posted by GuiTarHeel at 11:40 AM No comments: